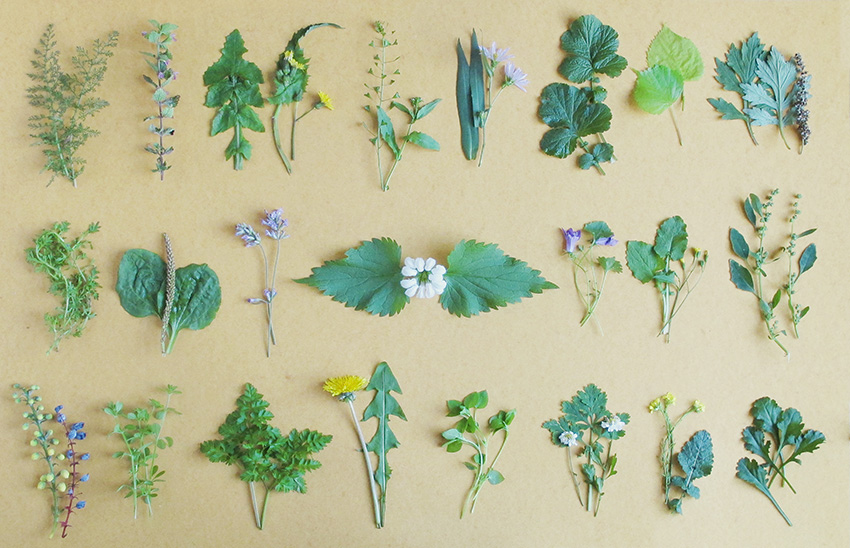 The Weather…..there’s not much we like better in the UK than to bang on about the weather, how it’s too warm, too cold, too wet or too dry, how we are shocked that there is so much rain in June (hardly a revelation to anyone who’s ever been to Glastonbury) and never any snow in December (quelle surprise). There is however, one totally predictable thing about our climate and that is its constant unpredictability. I don’t want to dwell on this rather drab of topics, but I have been fascinated to see how an extraordinarily warm September and October has created a second Spring (an Indian Summer or a Strawberry Spring ?) and more to the point, how this has kick started a whole wave of new growth popping up on plants that would normally be dying down by now, drawing back their resources and concentrating their energies into building healthy roots instead of throwing up bundles of fresh green leaves and shoots. Nature is a weird and wonderful thing and I have no doubt that all these “early risers” will pull in their horns as the temperatures really drop, in fact many have already started to do so. A recent short walk in my local London park revealed 30 different tasty edible plants, a few that are usually around at this time and some, like Cow Parsley, that always have a second growth spurt, but what I enjoyed most were the amount not only putting up new growth but also deciding it would be a good time to flower…In November! So, as they say, without further ado, here’s what’s up……

Top row from the left.

Yarrow. Tasty feathery leaves and a distinctive flavour, good in teas and as a pot herb later in the season. Also a great “bitter ” herb encouraging good digestion, acting as a diuretic and  helping to purify the blood.

Red Dead Nettle. Much smaller than the white variety. Busting with Iron and Silica. Great raw or cooked but probably a bit bitter uncooked at this end of the year, maybe not. Nibble one and see.

Sow Thistle. A tasty daisy relative. A very similar appearance to Wall Lettuce. Use as a salad or cooked like spinach. I much prefer this to Dandelion with its milder, much less bitter taste.

Shepherds Purse. A designer plant if ever there was one. A great peppery/cressy seasoning with stunning heart shaped seed pods and perfect fishbone shaped basal leaves.

Michaelmas Daisy. A great Autumn addition to any salad, due more than anything to it’s beautiful flower heads with mauve/lilac outer rays and inner yellow disks.

Wood Avens. The roots of this plant taste of cloves and nutmeg. Popular for brewing and seasoning before the spice trade reached our shores. Only very young leaves are good to bulk up a salad but even they can be a bit hairy.

Mugwort. An aromatic and wonderful smelling plant. I recently tried roasting sprigs of it with lamb as a rosemary substitute. A good and unusual seasoning for soups and stews with a history in old English brewing.

Middle row from the left.

Swine Cress. A great little peppery member of the cabbage family. Not so common in  most London parks but plenty growing all over my local patch. Use for salads, soups, stews or just sweated like spinach.

Plantain. Just like its skinnier leaved relative Ribwort Plantain, I had been ignoring this as an edible plant until recently shown how perfectly timing its cooking will produce a texture pretty much like seaweed. Numerous medicinal benefits too.

Lavender. Not growing wild but who cares. A mood enhancer, calmative, treatment for anxiety, a local anaesthetic, promoter of restful sleep and aid to good digestion. Flowers are best at the end of the season. Hooray.

White Dead Nettle. The star of this edible montage and so it should be. Those white flowers taste like mushrooms and the leaves have a great fruity, slightly minty flavour. Been in flower since February. Brilliant cooked or raw.

Hair Bell. All the Campanula are edible but these have sweet purple flowers and very tasty leaves that seem to be available all year round and are never bitter. An excellent addition to salads. I assume they can be cooked too.

Nipplewort. Another member of the daisy family. This one also seems to have a long season. It tastes quite pleasant, often grows in big, easily grabbed clumps and has various unsubstantiated medicinal uses.

Fat Hen. How lovely to find a Neolithic spinach, alive and well, thriving so close to my front door. Unlike many of these, this is a Summer plant, usually appearing from June at the earliest. Super tasty but obviously a bit tough right now.

Bottom row from the left.

Goose Grass. Sticky weed is in the same plant family as coffee, the top few inches of the young plants taste similar to Chickweed and are perfect for winter salads, then as a cooked green later in the year.

Cow Parsley. AKA wild chervil, a sweet tasting herb that goes really well with potatoes. Numerous very poisonous lookalikes though so I’d stay clear of this and other members of the carrot family unless you really know your stuff.

Dandelion. Chefs seem to rave about this little plant these days but I’m not a fan. It’s just too bitter for my palette. I dig the roots up and make a fantastic, caffeine free coffee.

Chickweed. One of the best winter salads. Be sure it’s out of the dog wee zone as it thrives at the base of city trees and make sure your not eating bitter tasting Scarlet Pimpernel by mistake.

Feverfew. An amazingly strong smelling plant (a little like Mugwort but more fragrant, I think), with daisy flowers and pinnate, rather carrot like leaves. Used in tinctures and tablets to reduce fevers and help with colds. Also as a tea.

Hoary Mustard. This member of the cabbage family is often ignored but it has lovely peppery flowers and seems to be in flower almost all year round. Dull grey/green leaves that are a bit bitter and hairy (hoary).

Oxeye daisy. A favourite of mine. A terrific and unusual tasting salad plant, I munch this all year round and its flowers are delicious too. Small at this time of year though so a bit hard to ID unless your used to it.

And Finally…the seven that didn’t make the montage. 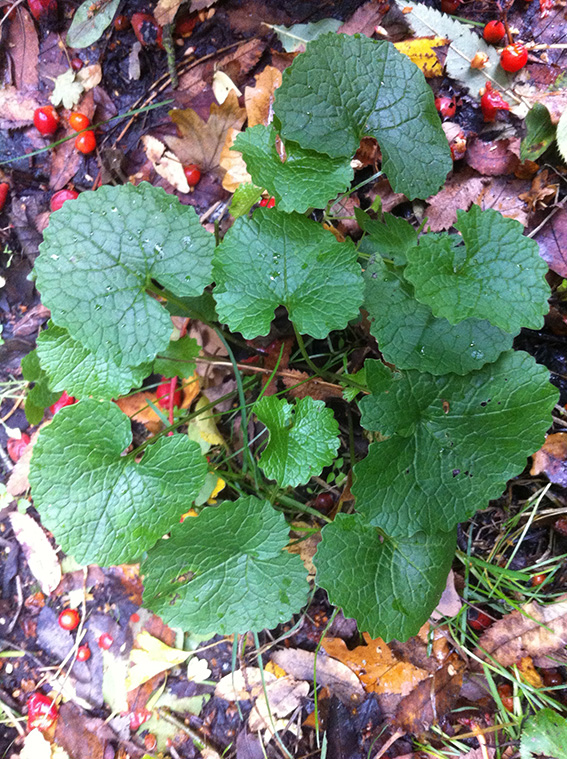 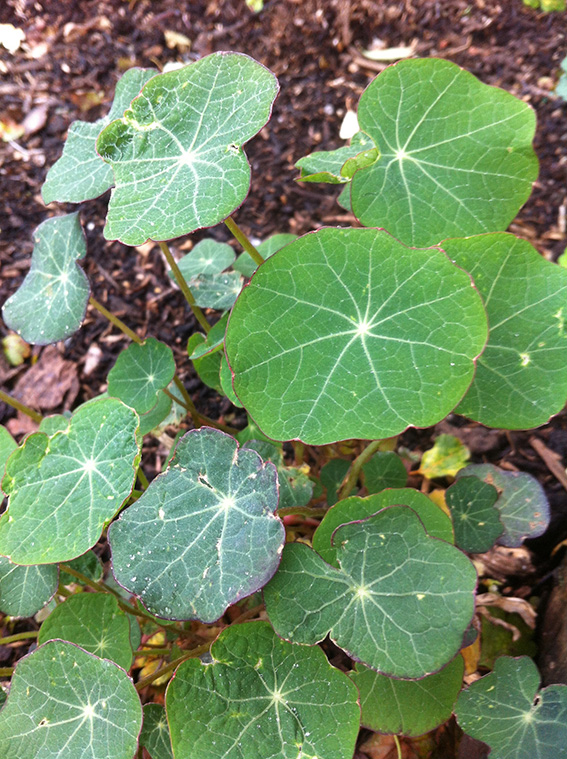 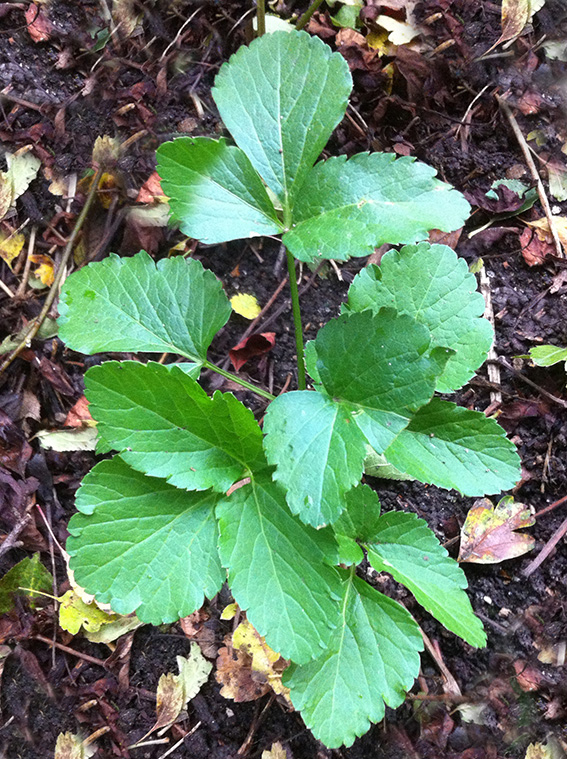 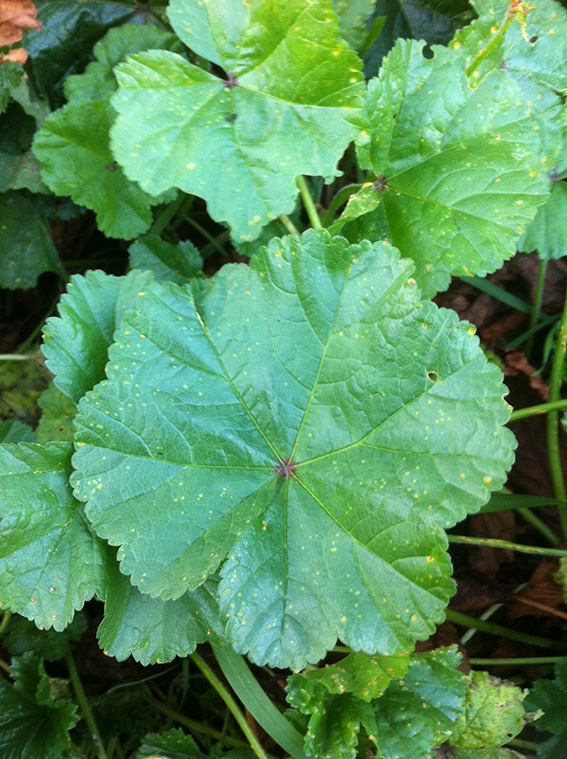 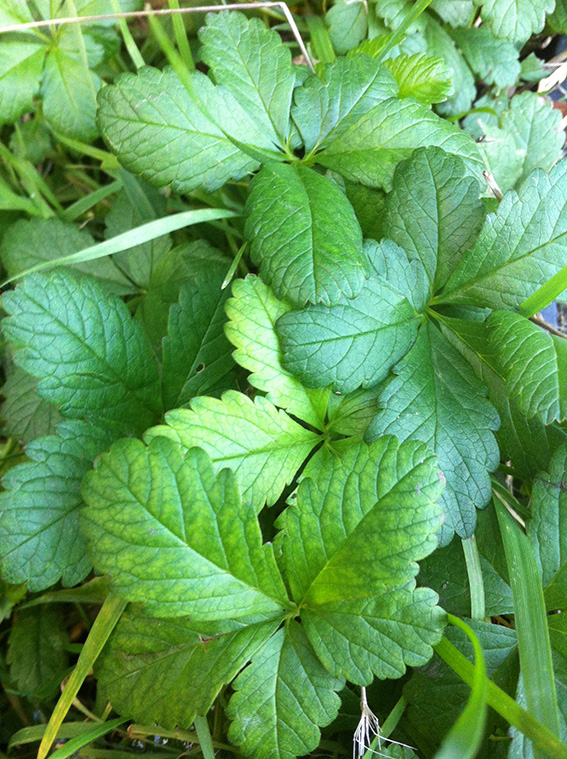 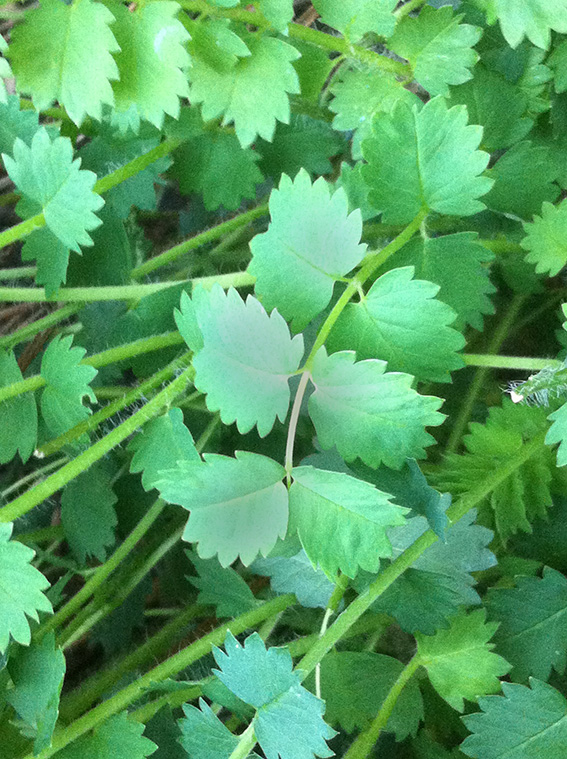 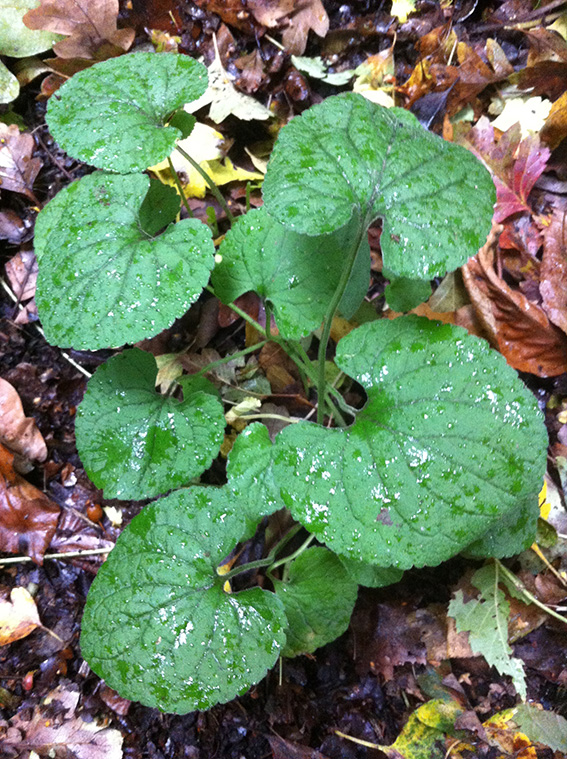