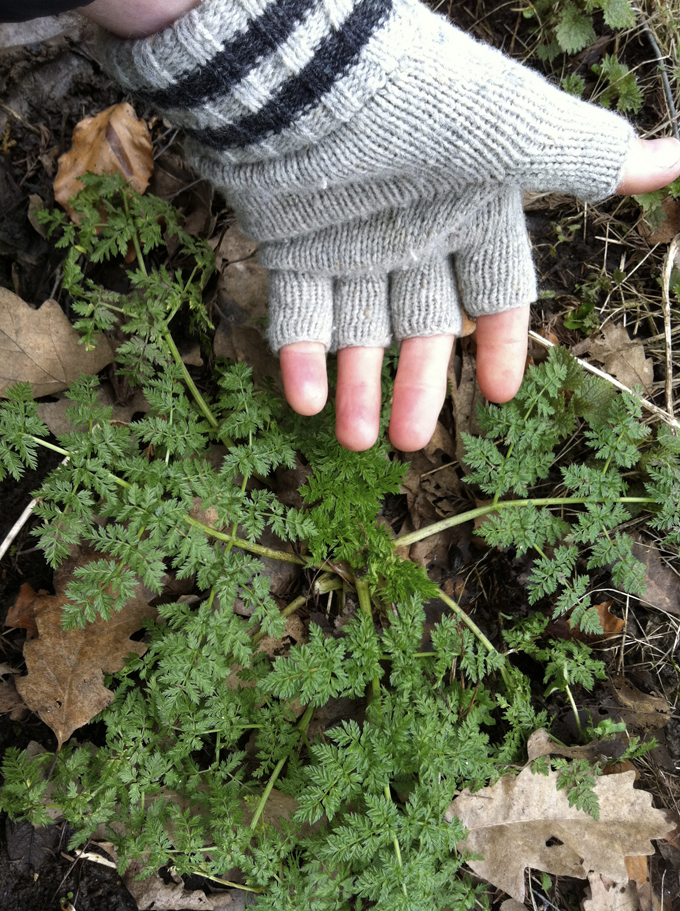 SAFETY, COMMON SENSE AND THE LAW.

First things first…NO NIBBLING!
Putting something in your mouth is not part of the identification process; it’s what you do with food. Once you are 100% certain of what you are dealing with, then trying a tiny amount may or may not be the appropriate next step, but tasting an unidentified plant is as dumb as putting a loaded gun in your mouth and pulling the trigger to find out if it contains bullets or not.

All things in moderation
When trying something new for the first time, only eat a very small amount to make sure there are no adverse effects. We are all wired differently and can respond differently too, so doing a simple tolerance test is a good habit to get into. By way of example, the root of common valerian is used to make a wonderful sedative tincture, rather like a natural valium, however in about ten percent of people it has the polar opposite effect and acts as a stimulant. When trying a new species of mushroom for the first time, having obviously reached the point where I am utterly certain of my ID, I cook and eat a tiny section of one cap, the following day I eat a larger piece and the day after is when I might consider consuming a whole portion.

Another reason for moderation is simply to not be too greedy. It’s such a good feeling when you find and successfully identify something you know is going to taste great and it’s sometimes really hard not to get carried away but if foraging is to be accepted as a responsible urban activity it’s vital that everyone involved doesn’t over do it. I’m not offering a lecture; I just wanted to mention it.

Pregnancy
As a general rule of thumb it’s unwise to try anything new if you are pregnant in case of any adverse effects on you or your baby. This applies even more so to wild food, some of which may contain chemical compounds that are fine when not pregnant but harmful if you are i.e. some pine needles can induce miscarriage in animals, some plants stimulate milk flow, numerous herbal remedies and pharmaceutical medicines are not recommended during pregnancy.

Dog poo and wee
The main danger to human health in dog faeces is the presence of the eggs of toxocara canis. This is a worm, which lives harmlessly in our furry friends but presents a danger to humans and can also spread by living in the soil long after the faeces have disappeared. Whether urban foraging or in the countryside, avoid dogs muck and wash anything you find at ground level. Dogs wee, due to clever canine leg cocking may be on plants a good bit higher so I never eat anything as I go along unless I’m sure its out of the dog wee zone (how high can a wolf hound pee anyway?), or unless its in an area I’m sure no dogs could access. Avoid plants that look scorched or blackening, this could be either as a result of animal urine or far worse, the use of chemical pesticides. Just use your common sense and select plants, fruits, nuts and other foods in the same way you’d do in a shop, leaving behind anything that isn’t in great condition. Lastly, and to overstate the obvious, don’t pick anything from the base of city trees however healthy it looks (wee is a great source of nitrogen and plants thrive on it)

Other animals and parasites
Birds, rats and foxes can’t read those keep out signs on the dog free areas now available in most London parks, so use common sense to decide where you pick and what you eat.

Liver fluke is an unpleasant parasite found in livestock faeces. In its larval stage, it attaches itself to plants in wet areas, predominantly riverbanks. Ingesting it can cause severe health problems although reported cases of liver fluke in humans are extremely rare in the UK. Fortunately, it is killed and made totally harmless by cooking or briefly immersing in boiling water, so I always avoid eating raw any plants growing in rivers and ponds regardless of whether they can be traced back to land with livestock present or not.

Pollution and heavy metals
Many of the cities parks and commons have been green spaces for many hundreds of years, often predating the industrial revolution and allowing us reliable documentary evidence of their history and usage. In my experience, the soil quality in many of these areas is very good, as indicated by the presence of various species of less pollution tolerant fungi, wild plant diversity and a lack exposure to mass pesticides, more common used in rural agricultural areas. A recent study from Wellesley College in Boston, totally defied the researcher’s expectations, found no difference in the levels of heavy metals on either peeled or unpeeled fruit from urban trees and rural orchard. More than that, they found the city fruit to contain 2.5 times the amount of calcium and higher levels of zinc, magnesium and potassium than the shop bought equivalents.

Despite the information above, if foraging in built up areas consider whether the plants may have absorbed pollution from close proximity to busy roads or heavy metals from poor, more industrialised areas of city soil. Mushrooms are excellent at absorbing pollutants so it is generally accepted that picking them close to busy roads is a bad idea (plus no one wants to get run over for a handful of fungi). I do not eat or recommend that anyone eats any city fungi, the underground organism that creates the mushrooms, mycelium, is excellent at absorbing any and all toxicity it encounters. I also recommend totally avoiding grave yards where there are likely to be arsenic, lead and numerous other dangerous substances. As a rule of thumb, I don’t eat any one city foraged food from the same spot for a long period of time in case of any of these environment concerns. There is an on going debate about how safe it is to eat food grown or picked in urban areas and obviously caution with all things wild or unknown is advisable but there is so much rubbish in the foods we eat, harmful oestrogen’s in most packaging, pollution in the air and a huge culture of drink, drugs and general stress in our cities that I see no harm in eating a few plants from ones local park. I suggest you do your own research and make up your own mind, but pay particular attention to the historic use of the land that you intend to forage on, which may, especially in an urban environment, not be as green as it first appears.

Poisonous plants and fungi
There are numerous toxic plants growing in this country. Once you decide to view the things growing around you as a potential source of food or medicine you are susceptible to various dangers and as such should only ever eat something you are 1000% sure of. Most of our common edibles have poisonous lookalikes so I would advise only going foraging with someone knowledgeable at first or foraging with a good guide but not eating anything you find to start with. With time and a little experience there is plenty you can pick and enjoy safely.

Common sense and the law
You are legally allowed to collect fruit flowers foliage and fungi for personal consumption, although obviously not from someone else’s garden. It is illegal to uproot any plant without permission of the landowner and a civil offence to go onto land you don’t own unless it’s a public place, but don’t get confused and imagine that a city park is common land, it’s not…it’s likely to be private property that you are granted access to and as such asked to behave by certain rules, some of which concern foraging, so it pays to be respectful of not only the environment but the people looking after it. Lastly, some plants are very rare, protected and it is illegal to pick them.