For this month’s blog, I have gathered together some brilliant and original wild food ideas… from Scottish foraged sushi to a Southern Indian “nightshade” curry, with recipes generously provided by my foraging peers from as close to home as Hampshire’s New Forest and as far away as New York State. That’s one of the best things about this type of  “work”, the people you meet, the wonderful and diverse characters that you come across when you get involved in a subject that has so many fascinating tangents to it. In the last couple of years I have had the amazing fortune to meet and talk with chefs, herbalists, doctors, fellow foragers, survival experts, teachers, nutritionist, local historians, ecologists, botanists, ethnobotanists, mycologists, marine biologists, conservationists and just about every other sort of  “ists” that I can think of. It’s often hard to stay on the wild food path and not be seduced by these myriad options and the incredible people involved in them. Furthermore, by creating Forage London and “setting out my stall”, as it were, I have been able to connect with numerous like minded people and perhaps most enjoyably, with other foragers, professional and amateur, at home and abroad. I’ve leant loads from this amazing pool of collective and individual knowledge, in person or online, comparing notes and ideas;  just 5 minutes in the company of a wonderful Lithuanian couple I bumped into in the woods in November, gave me three new edible mushrooms to consider (different cultures have very different views on what is and isn’t considered edible, especially when it comes to fungi). So, with enormous thanks to everyone I have met and especially to the lovely folk who have shared their ideas below, here is a selection of innovative recipes and a bit of background on their creators. I hope you find time to look at their websites, if not to actually take a wild food walk with them one day. So, wild sushi anyone? 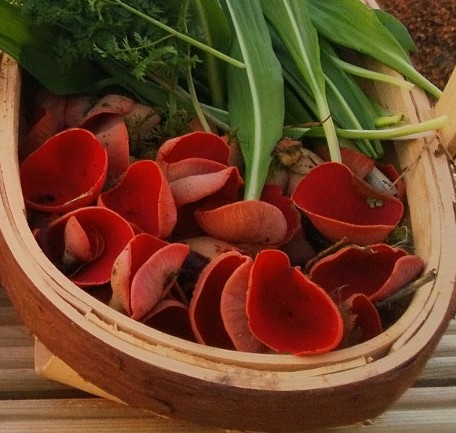 They say that Scotland is a country of great innovations…the telephone, the steam engine, the deep fried Mars bar, to name but a few. So it comes as no surprise that Scotland’s foremost authority on foraged foods, should come up with an idea bordering on genius! I’m often asked about the best way to cook or consume the foods we forage for and I always come back to the same thing…Keep it simple. If a food already has a great taste then why mess about with it or mask it under layers of other flavour?  And this is why Mark’s Wild Sushi idea provides such a superb platform for experiencing the delights of our native wild larder without the confusion or conflict of too many other ingredients. I have not yet managed to visit Mark up there in Scotland where he runs https://www.gallowaywildfoods.com ; 400 miles is a mere days drive to your average American but seems to present an impenetrable obstacle to us Brits and foragers are often too busy on their home ground to venture that far. Hopefully 2014 will be the year; in the mean time, we communicate on the internet and I enjoy, generally with unbridled envy, seeing what wild delights he has come across on a daily basis, either on his own or on the hugely successful walks he runs. Heading that way? Be sure to spend a day with this very knowledgable forager. Below are links to the sushi recipe and also to Mark’s Facebook page. Ps, thanks to Mark for the use of these lovely photos too. 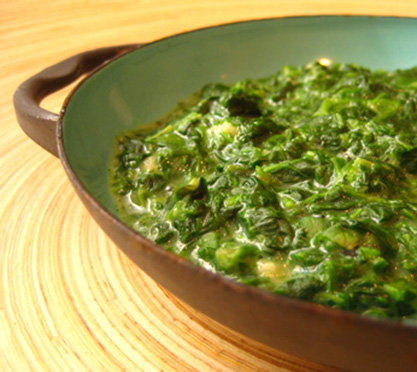 What’s that expression, two countries divided by a common language? In the States they say Lamb’s quarters and in the UK we say Fat hen. Lets be honest, they’re both pretty stupid and rather misleading names for a plant that’s basically a neolithic spinach. Having said that, the Latin name Chenopodium album hardly trips of the tongue, but the recipe Steve has given us works equally well with all types of spinach, wild or otherwise. I first saw “Wildman” Steve Brill on clip from The Letterman Show, I think it was the late eighties, admirably holding his own against the show’s over zealous host and preparing a salad made from greens he’d picked in Central Park. When I decided to finally start running my own courses, feeling hampered by being in London, not the countryside, I remembered this clip of Steve and it motivated me to start investigating my local park. I can honestly say, I have learned more about nature from 1 square mile of central London, than I have from the rest of the country put together (mushrooms aside…I don’t do city fungi but that’s another story). So Steve, thanks for the inspiration. If your not aware of him, Steve has been talking wild food for longer than most, has published several excellent books and now has released a very effective foraging App for smart phones, ipads etc. His website, https://www.wildmanstevebrill.com/  is a wonderful resource full of useful information, recipes, essays etc. Here’s a link to Steve’s simple and delicious recipe…. Steve says “Here’s a traditional American spinach recipe using lamb’s-quarters, and further transformed by vegan ingredients replacing the cream. Serve over pasta, using the liquid as a sauce”. 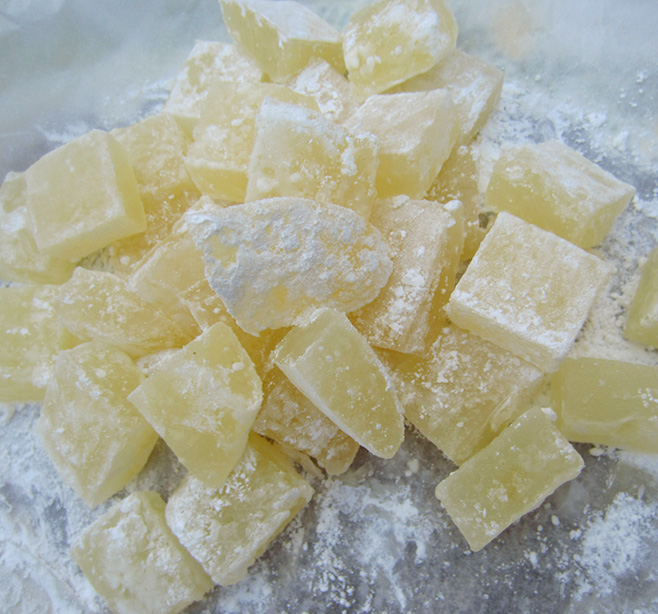 Dear John, I have a small confession to make. A few years ago (I had not been foraging long), I saw one of your walks advertised, I thought it looked like a great day out but the bit that appealed to me the most was that it boasted a fabulous, but secret Dorset coastal location. I booked on the walk with the clandestine and rather underhand interest in finding out what this amazing new spot was. When, a few days before the walk, you sent out the meeting point, I realised that you were in fact taking us to what I’d previously considered was my own secret location, my very special Seabeat patch. That, as they say, will teach me. Sincere apologies and thanks for a terrific day out, amongst other wild delights, we caught a lobster.

You probably know John Wright from his regular TV appearances on River Cottage and he is also the author of three excellent wild food guides, simply titled, Hedgerow, Mushrooms and Edible Seashore, all terrific introductions to these wonderful foraging ” disciplines”, with beautiful photos, also taken by the author. The dish I have chosen is from John’s Hedgerow book, a wild take on Turkish Delight using Elderflower instead of rose and a producing a truly wonderful flavour and a good opportunity to cover your kitchen in gloopy stickiness if you don’t follow the recipe correctly, which alas I did not, the first time I made this. I hear John has got another book coming out soon all about making your own booze. Details of John’s walks, books and other events are all here at his website https://www.wild-food.net

Jealousy is not a pleasant trait but unfortunately one that Garry often manages to bring out in frustrated city dwellers like me and him being almost permanently out walking his dog and foraging in The New Forest. What’s more, he gets paid for it! Garry runs walks for a couple of Hampshire’s swankiest country house hotels and by this own admission, they love him and give him a seemingly endless stream of guests, eager to get out in the woods and listen to his special blend of rural insight, foraging knowledge and well told half truths ( actually most of what he says is true, it just sounds like he’s spinning a yarn). This recipe, Gary’s signature dish, is a real doozy ( I love this word and plan to use it much more in 2014), and so it should be; a wild mushroom dish from a man who has spent the best part of the last thirty something years, hunting, picking, cooking and eating the world class fungi that grows right there on his doorstep. It’s winter now and not exactly peak mushrooming time, so try this with some cultivated ones if you can’t wait but this will really come into its own with a medley of foraged fungi especially if you have had the pleasure of picking them yourself. If you visit Hampshire and want to take a woodland walk with Garry he can be contacted at either The Pig or Limewood . Here’s a link to his website and another to this wonderfully tasty recipe.

5. John Rensten’s Black Nightshade Curry ( all lies, this is not my recipe at all).

READ ALL INFO BELOW CAREFULLY BEFORE COOKING OR EATING. 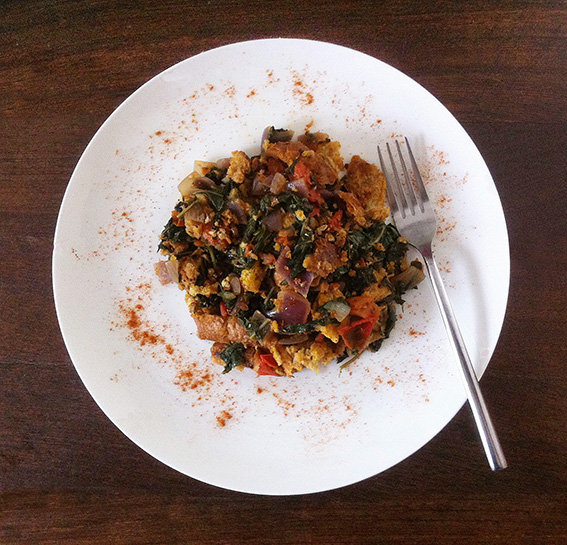 Quite why I am claiming this recipe for my own, I don’t really know, when actually I found it on this great blog written by Kalpana Sareesh, lifewithspices.blogspot,co.uk. Perhaps the reason is that I finally decided to eat this plant (Solanum nigrum) after years of avoiding it. Like most people in the UK, I have been programmed to lump this in with its quite toxic or deadly relatives, Woody Nightshade and Deadly Nightshade, although numerous other countries consider this to be a common source of food, either cultivated or wild. In Southern India it’s regularly eaten and called Manathakkali. I should point out that some people can have an adverse reaction to the Solanine ( the stuff that gives potatoes their green tinge) in Black Nightshade leaves, so I would suggest only trying a cooked leaf or two to start with; the same rule of thumb really applies to all new foods, wild or otherwise. In addition to which, there are very similar subspecies that vary in toxicity from country to country or region to region. I’d also avoid the berries and be 100% sure that you ID it correctly….actually not that hard with its distinctive yellow and white flowers, similar in shape only, to those of Woody nightshade and really nothing like the deep purple bells of Deadly nightshade. If in any doubt, use another version of Spinach, wild or otherwise. So, if all that hasn’t put you off, here’s the recipe; it’s simple, very tasty and dead easy to make.

Next post: Foraging is Easy. Learn 50 plants in just 10 minutes!